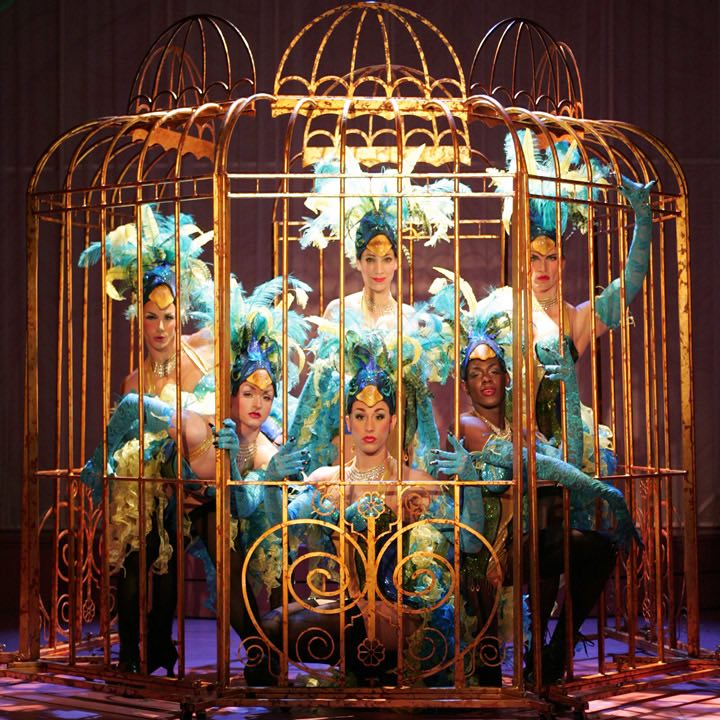 Located on the banks of the Connecticut River, the Goodspeed Opera House is a picturesque reminder of New England’s Victorian era history. Built in 1877 the “Opera House” was actually created as a venue for plays, with its first production of Charles II presented in October of that year. After builder and local businessman William Goodspeed died in 1926, the building fell into disrepair and was used for various purposes including a militia base during World War I, a general store and a DOT storage facility. The building was acquired by the newly formed Goodspeed Opera House Foundation in 1959 to house the Goodspeed Musicals production company. Rededicated in 1963, Goodspeed has been responsible for launching some of Broadway’s best loved musicals including Man of La Mancha (1965), Shenandoah (1974) and Annie (1976).

The Opera House itself is a 5‐story Victorian‐style building, listed on the National Register of Historic Places for Middlesex County, CT. The tallest wooden structure on the Connecticut River, the building provides a somewhat unique theatrical environment as the theater itself is located on the 3rd and 4th floors.

Despite the historic status of the facility and the notable production history, Goodspeed Musicals is extremely forward thinking, both with its choices in programming, and its use of state‐of‐the‐art production equipment. Early in the summer of 2014, Goodspeed Musicals’ Lighting and Sound Supervisor, Jay Hilton, worked closely with Sara Willey of Barbizon Light of New England to test multiple theatrical LED fixtures. After considering the merits of each, Goodspeed selected the Altman PHX 250W LED Profile Spot, placing an order with Barbizon Lighting for 15 units that August. After this initial success, Goodspeed Playhouse purchased an additional 10 fixtures in May of 2015.

Multiple factors were considered in choosing the Altman PHX as the appropriate fixture, including color palette, beam quality and overall luminaire size. Key amongst these considerations were the theater’s power limitations, production budgets and the ability of fixtures to work seamlessly with the existing conventional fixture inventory. At 250 Watts per unit, and being DMX controlled, the Altman PHX LED made the limited number of dimmers available in the theater a relative non‐issue. Dimmers previously required for specials and color washes were now freed up for other applications with non‐dim power being provided for the PHX LEDs.

Both the RGBA and RGBW LED arrays were reviewed during initial tests. Due to the specific focus of Goodspeed on musical theatre production the more saturate and “warmer” color spectrum offered by the RGBA was determined to be the most appropriate fixture for the application. With on‐board color control the PHX LED meant eliminating costly color‐scroller rentals, reducing production lighting costs.

Perhaps the most important factor in choosing a fixture was its ability to be added to the existing inventory without changing the feel of Goodspeed’s production values. While focused on musical theatre production Goodspeed Musicals covers a wide variety of programming within the genre. A major consideration for Mr. Hilton was that the budget would only be able to afford one type of fixture to fit the bill for many roles.

“The Altman PHX LED was able to blend with existing fixtures, allowing for their use with the multiple styles of show produced by Goodspeed.” – Lighting and Sound Supervisor Jay Hilton