Going Nocturnal at the Zoo with the “Criaturas de la Noche” 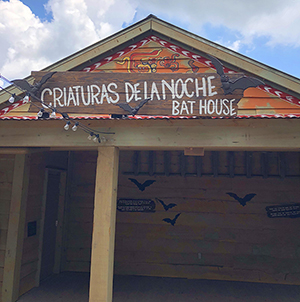 Going Nocturnal at the Zoo with the “Criaturas de la Noche”

Located in New Orleans, Louisiana, the Audubon Zoo offers visitors an exotic mix of animal encounters from around the world and are renowned for their unique natural habitats. With the recent addition of their latest exhibit, the zoo would be opening a 42-foot, transparent flyway entitled “Criaturas de la Noche” filled with more than 200 short-tailed bats. Needing a nocturnal lighting design that would entice its inhabitants to come to life, the design engineers worked with LEA-Inc. who provided a combination of Chalice RGBW recessed and pipe-mounted LED luminaires from Altman Lighting.

“We have done quite a few projects over the years with the Audubon Zoo, but nothing as unique and specific as this installation,” began Mike Gonzales, LEA-Inc. Controls Specialist. “The project was part of a $3 million addition to the zoo called the Jaguar Jungle, designed to showcase animals from South America. We were brought on to the project by the engineers who asked us to create a spooky, nighttime lighting design for the ‘Creatures of the Night’ Bat House, and the Chalice RGBW fixtures were the ideal solution.” 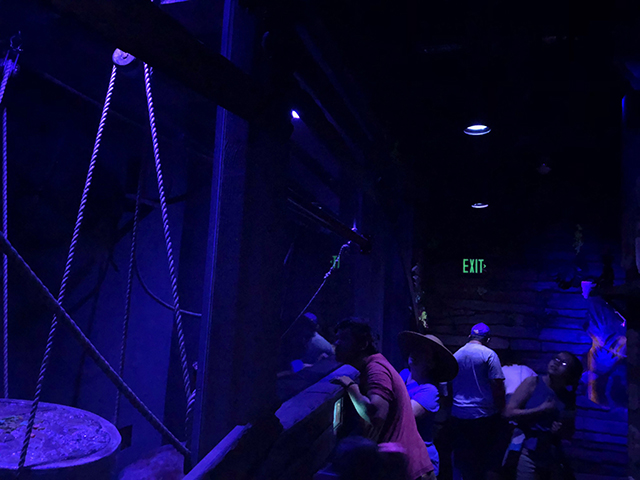 The Chalice LED Series from Altman Lighting is the most diverse range of downlights available with mounting options that include pendant, recessed, aircraft cable, wall and yoke mount; and dimming choices ranging from Mains Dimming to DMX. Also available with a wide variety of LED color or white light options, plus numerous lens or reflector choices, the Chalice LED Series is the most versatile and easy-to-integrate downlight family available today.

“It was the zoo’s vision that when you walk into the exhibit, it needed to look as natural as possible to make the visitors feel as if they are walking through the Mayan ruins on a dark and creepy night,” added Gonzales. “Coming into the room from the outside, it takes your eyes a moment to adjust, but once they do, you really get the full effect with all the sights and sounds, and it looks great.” 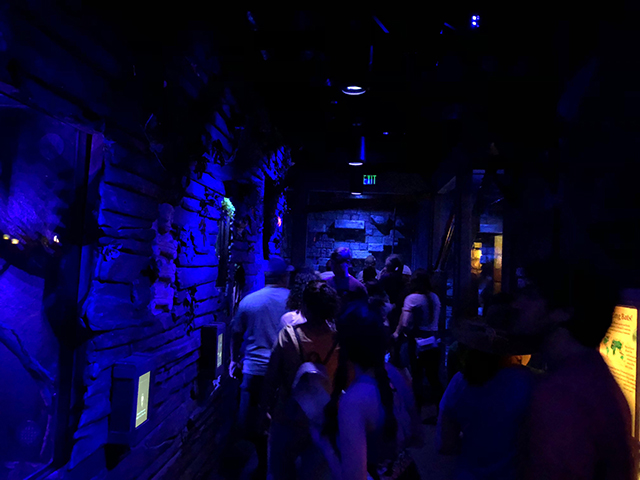 As construction moved forward on the bat house, the design team began to finalize the placement of the lighting instruments that would accentuate the design. Requiring a RGBW recessed fixture for the internal areas of the habitat, there was only one technology innovation that emerged to meet the challenge.

“Inside the actual bat enclosures, we have a total of 13 recessed Chalice 50W LED RGBW fixtures,” continued Gonzales. “We then have 12 pipe-mounted Chalice fixtures for the walkways, and they are all controlled via a DMX lighting control system. It was a design necessity that we have an RGBW recessed fixture for the bat enclosures, and the Altman Chalice LED stood alone as the lighting technology that could meet the specification.” 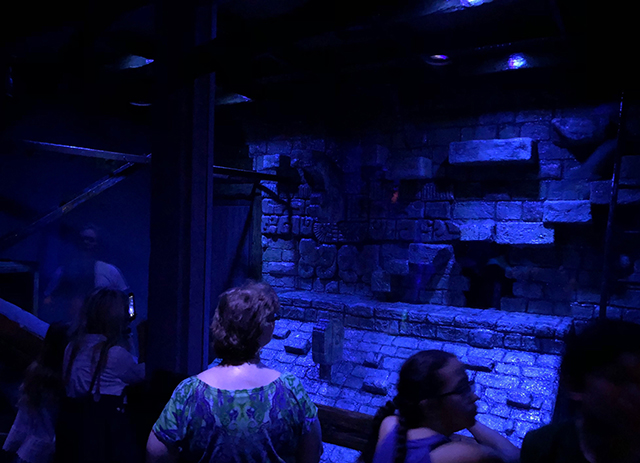 With the installation complete, the programming of the lighting design became an integral part of the exhibits success. Understanding that the animal activity inside the bat house would be essential to giving visitors the desired effect, the circadian rhythms of the nocturnal creatures is cued by the programming.

“What was most interesting about the design was that the animals inside the exhibit are on a reversed circadian rhythm,” explained Gonzales. “Since they needed to be active during daytime when the visitors are at the zoo, we created the nighttime looks to trigger their normal nocturnal activities. Once the park closes, the Chalice fixtures then begin their color temperature transition shifts into daytime looks so that the animals can go to sleep, and the process continues on a continuous 24-hour cycle.” 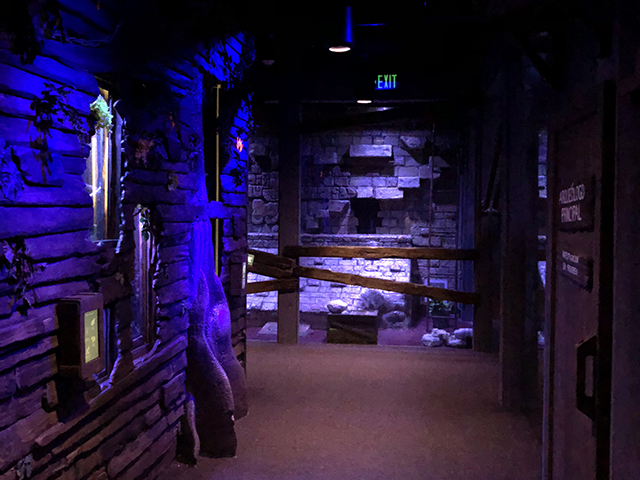 Now open to the public, the “Criaturas de la Noche” Bat House is filled with vampire bats, ringtail cats, red-eyed tree frogs, giant cave roaches, and even Costa Rican zebra tarantulas. All part of an exciting glimpse into life after nightfall in the jungle, the Creatures of the Night are not the exhibits only unique inhabitants.

“Since this was one of the premier attractions of the new addition to the Audubon Zoo, we needed to create a memorable visitor experience,” concluded Gonzales. “Going through our research, we couldn’t find any other lines out there in the recessed format, so by offering a RGBW recessed fixture, the Altman Chalice LED Series was perfect for the project.”