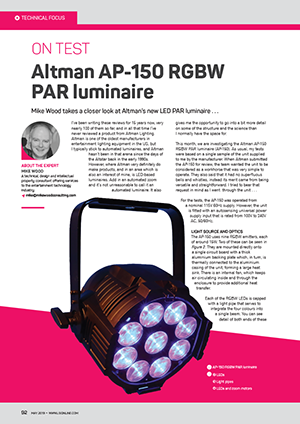 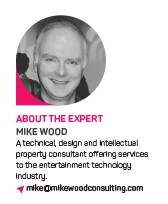 “I’ve been writing these reviews for 15 years now, very nearly 100 of them so far, and in all that time I’ve never reviewed a product from Altman Lighting. Altman is one of the oldest manufacturers in entertainment lighting equipment in the US, but I typically stick to automated luminaires, and Altman hasn’t been in that arena since the days of the Altstar back in the early 1990s. However, where Altman very definitely do make products, and in an area which is also an interest of mine, is LED-based luminaires. Add in an automated zoom and it’s not unreasonable to call it an automated luminaire. It also gives me the opportunity to go into a bit more detail on some of the structure and the science than I normally have the space for.

This month, we are investigating the Altman AP-150 RGBW PAR luminaire (AP-150). As usual, my tests were based on a single sample of the unit supplied to me by the manufacturer. When Altman submitted the AP-150 for review, the team wanted the unit to be considered as a workhorse that was very simple to operate. They also said that it had no superfluous bells and whistles, instead its merit came from being versatile and straightforward. I tried to bear that request in mind as I went through the unit . . .”

Click below to read the full ON TEST report featured in Lighting & Sound International. 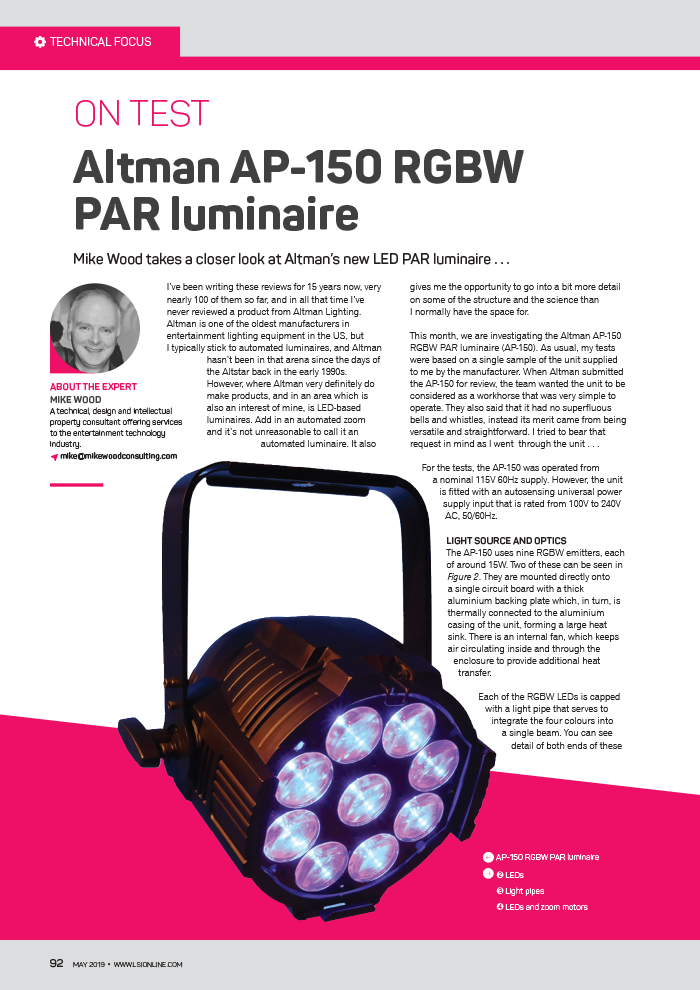